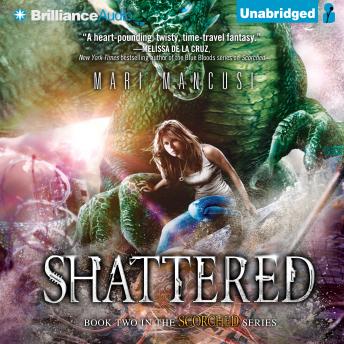 A fiery, action-packed installment in Mari Mancusi's heart-pounding Scorched trilogyTrinity, Connor, and Caleb are trying to stay under the radar, holed up in an abandoned West Texas farmhouse. Their only problem is Emmy: a baby dragon that's growing like crazy. When Emmy is caught on tape and the video goes viral, they find themselves on the run again. Their only hope comes from an old map leading to a man who has come from the future to help them. But with the government hot on their heels and Caleb's growing addiction to spending time in the Nether world, will they be able to reach him in time? And will keeping Emmy safe end up being too high a price for Trinity to pay?