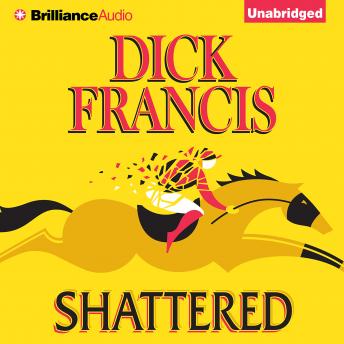 When jockey Martin Stukely dies after a fall at Cheltenham, he accidentally embroils his friend Gerard Logan in a perilous search for a stolen videotape. Logan is a glassblower on the verge of widespread acclaim. Long accustomed to the frightful dangers inherent in molten glass and in maintaining a glassmaking furnace at never less than 1800 degrees Fahrenheit, Logan is suddenly faced with terrifying threats to his business, his courage, and his life.

Believing that the missing video holds the key to a priceless treasure, and wrongly convinced that Logan knows where to find it, criminal forces set out to press him for information he doesn''t have. To survive, he realizes that he himself must sort out the truth. The final race to the tape throws more hazards in Logan''s way than his dead jockey friend could ever have imagined.