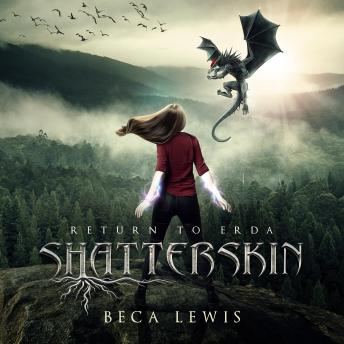 Forgotten magic. An alternate dimension. One girl must recover her past to save their future...
For as long as she can remember, Hannah has considered herself to be average. But when she steps through a magical portal and discovers she's actually a princess, she realizes her ordinary life was merely for her own protection. There's a dark force brewing in her true home, and recalling the magic of her former life is the only way to prevent its annihilation.
With the help of her best-friend-turned-dragon, Hannah embarks on an impossible training program to regain what she's lost. But there isn't much time to learn before the magical girl comes face-to-face with a forest-flattening metallic robot named Shatterskin.
Can Hannah uncover her courage and her powers, or will her lack of faith doom the realm to destruction?
Shatterskin is the first book in the Return to Erda epic fantasy series. If you like gutsy heroines, unique magic, and vivid mythical worlds, then you'll love Beca Lewis's action-packed tale.