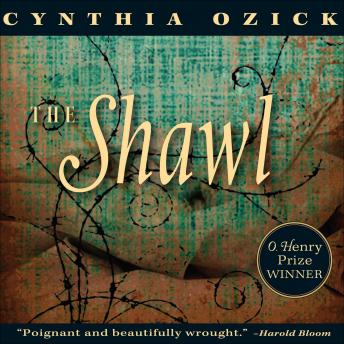 Two award-winning works of fiction by one of America's finest writers, together in one collection.

In 'The Shawl,' a woman named Rosa Lublin watches a concentration camp guard murder her daughter. In 'Rosa,' that same woman appears thirty years later, 'a mad woman and a scavenger' in a Miami hotel. She has no life in the present because her past will never end. In both stories, there is a shawl-a shawl that can sustain a starving child, inadvertently destroy her, or magically conjure her back to life.

Both stories were originally published in the New Yorker in the 1980s; each was included in the annual Best American Short Stories and awarded First Prize in the annual O. Henry Prize Stories collection. Each succeeds in imagining the unimaginable: the horror of the Holocaust and the unfillable emptiness of its aftermath. Fiercely immediate, complex, and unforgettable, each is a masterwork by a writer the New York Times hailed as 'the most accomplished and graceful literary stylist of our time.'

This title is due for release on November 12, 2008
We'll send you an email as soon as it is available!