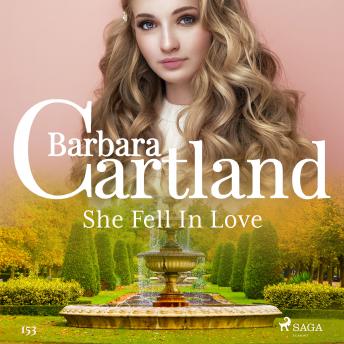 The lovely red-haired eighteen year old Lady Viola Francis is orphaned. She and her fortune are in the power of her stepfather, the sinister Sir Rudolph Vane. Viola's late father, the Earl of Galhampton, was passionately interested in motor cars and from an early age Viola worked with him on his engines. Now she wants to fulfil his ambition to build one that can be sold to the growing numbers of people keen to acquire this new and expensive form of transport. Sir Rudolph, however, has other plans for her and her fortune and wants her to marry the ineffectual Lord Carncross. Viola can only see one way of releasing herself from his tyrannical hold and achieving her aims, she must leave The Castle, hide herself away and develop her engine, hoping that it will make her independent of Sir Rudolph. She finds refuge with her old Nanny and driving there she encounters Maximillian Fitzwilliam, another motor car enthusiast, who invites her to see his workshop at Hurcott Hall. There she discovers that he is the Marquis of Hurcott and meets the beautiful Lady Fairfax. Later Viola is introduced to her father's heir, the new Earl of Galhampton, who has just returned to England from America to find that he has inherited a title without an estate or income. Lady Fairfax appears to have both men in her clutches and treats Viola as a little 'ragamuffin' girl of no account. Without knowing who she is, the dashing current Earl is attracted to Viola, who is herself falling in love with the Marquis. What happens when the Earl discovers her identity, Viola wins a thrilling motor car race and then finds her world turned upside down when Sir Rudolph discovers her whereabouts is told in this exciting romance by BARBARA CARTLAND.
-
Barbara Cartland was the world's most prolific novelist who wrote an amazing 723 books in her lifetime, of which no less than 644 were romantic novels with worldwide sales of over 1 billion copies and her books were translated into 36 different languages. As well as romantic novels, she wrote historical biographies, 6 autobiographies, theatrical plays and books of advice on life, love, vitamins and cookery. She wrote her first book at the age of 21 and it was called Jigsaw. It became an immediate bestseller and sold 100,000 copies in hardback in England and all over Europe in translation. Between the ages of 77 and 97 she increased her output and wrote an incredible 400 romances as the demand for her romances was so strong all over the world. She wrote her last book at the age of 97 and it was entitled perhaps prophetically The Way to Heaven. Her books have always been immensely popular in the United States where in 1976 her current books were at numbers 1 & 2 in the B. Dalton bestsellers list, a feat never achieved before or since by any author. Barbara Cartland became a legend in her own lifetime and will be best remembered for her wonderful romantic novels so loved by her millions of readers throughout the world, who have always collected her books to read again and again, especially when they feel miserable or depressed. Her books will always be treasured for their moral message, her pure and innocent heroines, her handsome and dashing heroes, her blissful happy endings and above all for her belief that the power of love is more important than anything else in everyone's life.