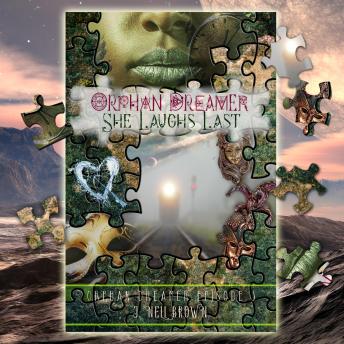 Her family was to be her legacy until an angry mob murdered her only son.

North Carolina farm owner Gertrude Smith had dreamed of leaving a legacy—raising hardworking and socially-conscious children who would parent her grandchildren to become people who would change the world for the better. But hope faded when her unmarried son died tragically in the racially charged 1960s—then completely vanished when her only surviving child, a daughter, remained childless after marriage for twenty years.

That is, until Gertrude received a phone call from her forty-year-old daughter: “Momma, next summer you’re going to become a grandmother! And not to just any baby—but one with a divine mission.”

But will another tragedy strike and bury Gertrude’s dreams for an eternity, taking with it the seedling of her legacy, erasing the stories of her ancestors, and stopping a quiet Southern woman from leaving her mark on America—and maybe even the world?

Continue The Orphan Dreamer Saga―a transcontinental sweeping story where ANNE OF GREEN GABLES meets THE DA VINCI CODE inside the WAR ROOM when a twist of fate changes Daniela's dreams then impacts the destiny of an orphan and the future of humanity.

“This saga has taken me on a roller-coaster ride.” —J.M. Leech

“It’s the start of something amazing.” —Heather G.