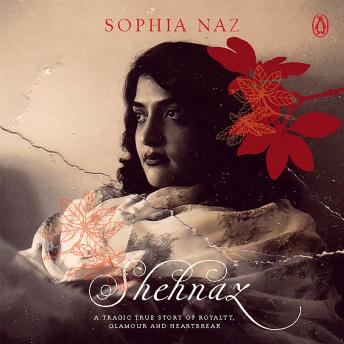 Shehnaz: A Tragic True Story of Royalty, Glamour and Heartbreak

Shehnaz was a beautiful, erudite woman from the royal family of Bhopal, who was almost cast to play Anarkali in K. Asif's Mughal-e-Azam. Her daughter Sophia Naz tells her story as she heard it from her-about her childhood as part of the royal household in Bhopal, where she led a revolt among the women for their right to be educated before being married, her glamorous life in Mumbai that hid the reality of an abusive first marriage that left her emotionally and physically traumatized, her divorce during which she lost custody of both her children to her husband, her second marriage to an army doctor in Pakistan, and her life thereafter.
As a child, the author accompanied her mother every year to Mumbai, where she would try to find some trace of her children in vain. Though remarried and with a new family, Shehnaz pined for her older children all her life, the pain lending a near-permanent patina of grief to her life. She finally met her children after twenty-one years, in the US. Her son refused to recognize her, saying he had no memory of her. Her daughter did remember her, though their reunion was brief, with the father exerting his will and threatening to disown the children if they had anything to do with their mother. When Shehnaz passed away, it was with her older daughter's name on her lips.

Shehnaz: A Tragic True Story of Royalty, Glamour and Heartbreak