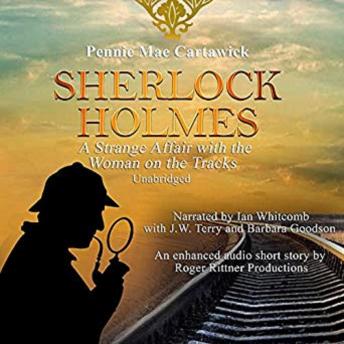 Sherlock Holmes: A Strange Affair with the Woman on the Tracks.

An enhanced audiobook, with complete music score and extensive sound effects to add to your listening experience.

Jane screeched at this further betrayal and went for Henry. They began to struggle. Henry was the stronger out of the two, yet the woman's pain was unstoppable. His hands wrapped around her throat and Jane clawed at his face until she fell. She lay there, across the tracks, and was quite still. Mrs. Cavell gasped in shock and Henry ran past us back to the train. We stared down at Jane's body.

Sherlock Holmes: A Strange Affair with the Woman on the Tracks.