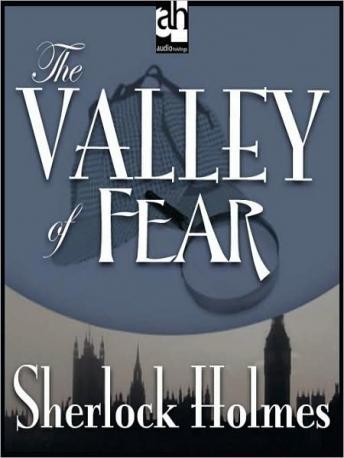 Sherlock Holmes: The Valley of Fear

A rich American is murdered under mysterious circumstances in a manor house in Sussex, England. Sherlock Holmes, accompanied by Dr. Watson, is invited to help the investigation. Though Holmes solves the mystery at hand, his attention and indeed the mystery itself shifts to the coalfields of North America. The heart of the matter is corruption - the date is 1875. Sir Arthur Conan Doyle puts his finger, with uncanny accuracy, on civil corruption which so blighted North America in that century.

Sherlock Holmes: The Valley of Fear