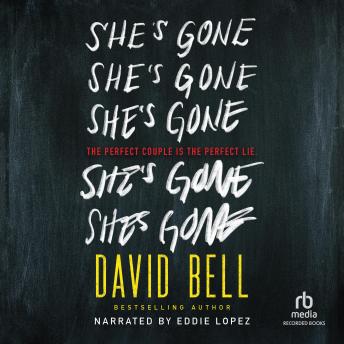 How can you lie when you can't remember the truth?

When 17-year-old Hunter Gifford wakes up in the hospital on the night of homecoming, he’s shocked to learn he and his girlfriend, Chloe Summers, have been in a terrible car accident. Hunter has no memory of the crash, and his shock
turns to horror when he is told Chloe’s blood has been found in the car, but she has disappeared.

Back at school, his fellow students taunt him, and his former best friend starts making a true-crime documentary about the case—one that points the finger directly at Hunter. And just when things can’t get any worse, Chloe’s mother
stands in front of the entire town at a candlelight vigil and accuses Hunter of murder.

Under mounting pressure from the police, Hunter takes matters into his own hands by questioning anyone who might know the truth and posting videos to prove his innocence. When Hunter learns he and Chloe were seen arguing loudly
outside the dance, he faces a sickening possibility: Was he angry enough to kill the person he loved?