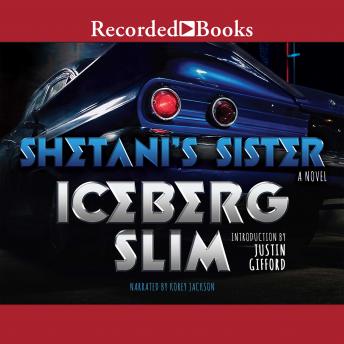 From the multi-million copy master of vernacular black literature and pioneeer of hip hop culture, a masterpiece of crime fiction set in Los Angeles' meanest, toughest streets. Here is the newly discovered novel by Iceberg Slim, the creator and undisputed master of African-American 'street literature,' a man who profoundly influenced hip hop and rap culture and probably has sold more books than any other black American author of the twentieth century (not that he saw the royalties from those sales). In many ways Iceberg Slim's most mature fictional work, Shetani's Sister relates, in taut, evocative vernacular torn straight from the street corner, the deadly duel between two complex anitheroes: Sergeant Russell Rucker, an LAPD vice detective attempting to clean up street prostitution and police corruption, and Shetani (Swahili for Satan), a veteran master pimp who controls his stable of whores with violence and daily doses of heroin.