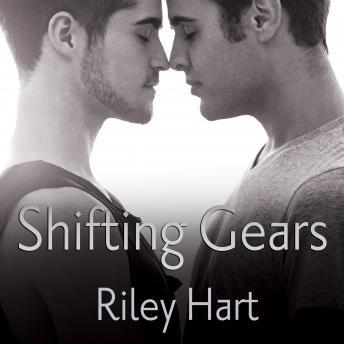 Rod Nelson is used to being someone's good time, and that's fine with him. Spending his days at his adult toy store, Rods-N-Ends, he never knows who he'll meet. The second Landon Harrison walks in, he has Rod's full attention. It seems as if Landon wants him too, so why won't the man jump in the sack with him already?

Landon never thought he'd return home to the town where memories lurk around every corner. He has to admit, Rod makes the adjustment a lot easier. He keeps Landon laughing. Despite the fierce attraction between them, he's not willing to risk his newfound friendship to get laid.

Neither man wants something serious, but the more they're together, the harder it is to keep their hands to themselves, until eventually they stop trying.

But flings between friends are never simple, and as they attempt to shift gears, diving into their first relationship, they're slammed with setbacks. If they want to truly move forward, before they hit the open road together, they're going to have to let go of a past that could make them crash and burn.Contains mature themes.