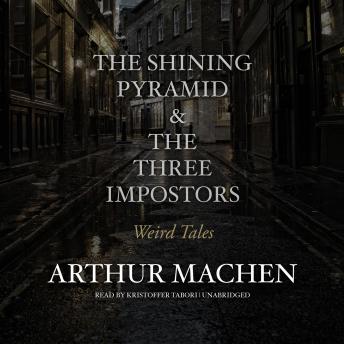 In the remote hills of old England, Vaughn discovers a mysterious arrangement of stones on his doorstep in The Shining Pyramid. With the help of his old friend and investigator Dyson, they work to unravel the mysterious truth about the changing symbols and discover underground dwellers best left untouched.

In this compilation from Blackstone Publishing and Skyboat Media, The Shining Pyramid is paired with The Three Impostors, a masterpiece of gothic horror and suspense that inspired such writers as H. P. Lovecraft.