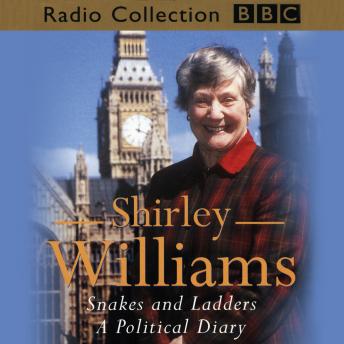 With recollections from childhood to the present, written and recorded for BBC Radio 4's Woman's Hour, Shirley Williams describes her life as one of Britain's foremost political women this century. She describes her early life with her pioneering pacifist mother, Vera Brittain; her father, George Caitlin and her mother's friend, the writer Winifred Holtby. From experiences as an evacuee in the United States and as an undergraduate in a fervent post-war Oxford full of exciting and ambitious contemporaries, she talks about the idealism that led her to decide, as a young woman of twenty, to devote her life to politics. From fighting elections to climbing the ministerial ladder as a woman, she recalls the Sixties when she rose to become one of the most prominent members of Harold Wilson's government, the Seventies when she served in the Cabinet and the turbulent Eighties when she was one of the Gang of Four, the founders of the SDP.