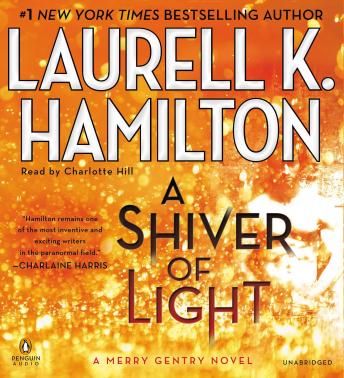 A Shiver of Light

Merry Gentry, ex–private detective and full-time princess, is now the mother of triplets, a rarity in the high ranks of faerie. And not everyone is happy about it, including Taranis, King of Light and Illusion. He’s using the human courts to sue for visitation rights, claiming that one of the babies is his. To save herself and her children, Merry will use the most dangerous powers in all of faerie: a god of death, a warrior known as the Darkness, the Killing Frost, and a king of nightmares. They are her lovers, and her dearest loves, and they will face down the might of the high courts of faerie—while trying to keep the war from spreading to innocent humans in Los Angeles, who are in danger of becoming collateral damage.