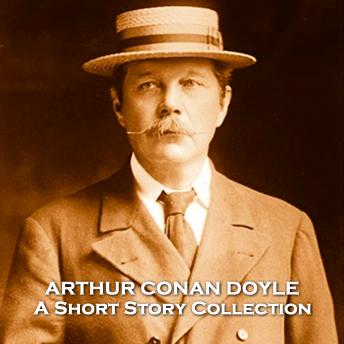 Arthur Conan Doyle was born in Edinburgh, Scotland on 22nd May 1859. His childhood was blighted by his father's heavy drinking which for some years broke up the family. Fortunately, wealthy uncles were willing to support them by paying for education and clothing. He was accepted at the University of Edinburgh to study medicine and also began to write short stories the first, 'The Haunted Grange of Goresthorpe', was published in Blackwood's Magazine. Despite several other stories and some articles in the British Medical Journal his medical studies took priority.When these finished he was appointed as Doctor on the Greenland whaler 'Hope of Peterhead' in 1880 and then, after graduation, as ship's surgeon on the SS Mayumba on its voyage to West Africa.1882 saw a move to Plymouth and his own independent practice. With few patients he resumed writing and completed his first novel, 'The Mystery of Cloomber', although most of his output was short stories based on his experiences at sea. He married Louisa Hawkins in 1885. However, two years later he met and fell in love with Jean Elizabeth Leckie, though they remained platonic out of respect for, and loyalty to, his wife.His literary career suddenly burst into life in November 1886 with 'A Study In Scarlet', the first of the fabulously successful Sherlock Holmes stories. With two children to support he now revisited his haphazard commercial arrangements and curtailed everything save for commissions from the Strand Magazine. As a sportsman he was remarkably proficient. He was goalkeeper for Portsmouth Association Football Club and played ten first-class cricket matches for the Marylebone Cricket Club as well as captain of the Crowborough Beacon Golf Club in East Sussex. In 1891 tired of writing Holmes stories, he began a series of historical novels and even went so far as to apparently kill off Holmes in a lethal brawl with his arch-nemesis Moriarty.Despite heavy and sustained criticism he continued to write in support of the Boer War, a fact he thought contributed to his knighthood in 1902. The following year to great relief and acclaim he brought Sherlock Holmes back from the dead in his first outing for a decade.Sadly, his wife Louisa died from TB in 1906 and, a year later, he at last married Jean. During the War and for several years after family deaths had left him depressed. In a search for solace and answers he alighted upon spiritualism and, such was his interest, that he wrote several books on the subject.On 7th July 1930 Conan Doyle was discovered in the hall of Windlesham Manor, his house in East Sussex, clutching his chest dying of a heart attack. He was 71.