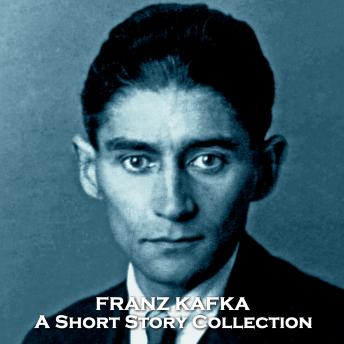 The Short Stories of Franz Kafka

Franz Kafka was born on 3rd July 1883 in Prague, then in Bohemia, the eldest of 6, into a middle-class Jewish family.Life for the young Kafka and his passion for literature was often made an ordeal by his over-bearing and domineering entrepreneur of a father. In 1889 Kafka was sent to the Deutsche Knabenschule, an elementary school in Prague. His father would only allow him to be educated in German-speaking schools and even went so far as to limit visits to the synagogue to four a year.In 1901 he graduated from the classics-oriented Altstädter Gymnasium. Kafka did well there and across a large range of subjects. He now enrolled at the Charles Ferdinand University, to study chemistry, but quickly switched to law for which he obtained his degree in June 1906 and then performed the mandatory year of unpaid service as clerk at the civil and criminal courts.A job at an Italian insurance company left him little time to write and after a year he took another job with the Worker's Accident Insurance Institute for the Kingdom of Bohemia where he stayed until ill health led to his resignation in 1922.Although he saw work as a means to pay the bills and to allow him time to write, he received several promotions and was noted as a good employee.By 1917 Kafka was suffering from tuberculosis, which required frequent periods of convalescence. Interspersed with this, were several intense affairs before he settled in Berlin with Dora Diamant, a 25-year-old kindergarten teacher who herself having left the ghetto now influenced Kafka's interest in the book of Jewish law, the Talmud.Kafka's on-going health was littered with problems. Apart from TB there were several other ailments, including migraines, insomnia, boils, depression, all usually brought on by excessive stresses and strains. He attempted to counteract all of this by naturopathic treatments, a vegetarian diet and consuming large quantities of unpasteurized milk.His tuberculosis still worsened. He returned to Prague, where he died on 3rd June 1924. He was 40.His literary works are few in number but towering in influence. His masterpieces include 'The Trial', 'The Metamorphosis' as well as a number of short stories which reveal facets of humankind that truthfully could only be born from Kafka's brain and pen.