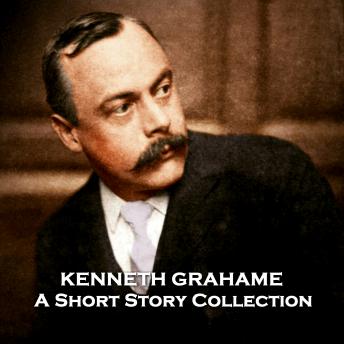 The Short Stories of Kenneth Garhame

Kenneth Grahame was born on 8th March 1859 in Edinburgh.At age 5 his mother succumbed to puerperal fever. His father, who had a drinking problem, now sent his 4 children to live with their grandmother at her large house in Cookham, Berkshire. Here the children lived in large open grounds next to the river. These early experiences would in later years, be retold in his writing through a myriad of characters.Grahame loved being a pupil at St Edward's School, Oxford and wanted to enroll at the university there but his guardian demurred on account of the cost.Instead, a banking career was chosen for him, starting in 1879 at the Bank of England, where he rose steadily to the rank of its Secretary until retiring, with a pension, in 1908 due to ill health.Alongside his commercial career Grahame had written and published various stories and essays in several periodicals. Some were anthologized as 'Pagan Papers' in 1893, and two years later 'The Golden Age' and later still 'Dream Days' and its masterpiece 'The Reluctant Dragon' became part of many home libraries. His ability to view life through the lens of a young and curious child was superb, enabling the reader to easily identify with the character. Grahame married Elspeth Thomson in 1899 and they had one child; Alastair, born semi-blind and plagued by health problems. In a heart-rending tragedy he would later take his own life whilst attending Oxford University in 1920. In 1908 Grahame reworked many of the bedtime stories he had fashioned for his son into the enduring favourite; 'The Wind in the Willows', describing the heart-warming adventures of Mr Toad and his friends. Kenneth Grahame died in Pangbourne, Berkshire, on 6th July 1932.