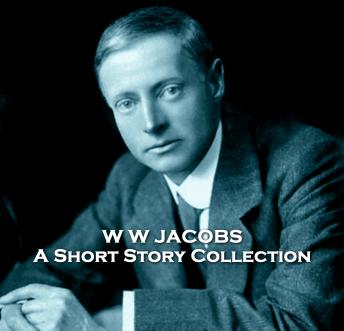 William Wymark Jacobs was born on 8th September 1863 in Wapping, East London. He was educated at a private school and then Birkbeck Literary and Scientific Institution, now part of the University of London.In 1879, Jacobs began work as a clerk in the civil service, in the Post Office Savings Bank. In 1885 his first short story was published but it was not until almost the turn of the century that he would abandon his post office career to that as a full-time writer. By then he was a very popular author, his collections selling extremely well and with an excellent income.His best-known work is the macabre 'The Monkey's Paw' and he is also highly regarded for his ghost stories although much of his remaining short story output is streaked with humour. His characters are immediately identifiable and we all know that life will take chunks out of them in no time at all. Jacobs married the noted suffragette Agnes Eleanor Williams in 1900 at West Ham, Essex. They went on to have two daughters and three sons as they settled down to life. By the outbreak of the First World War his literary output had declined and he now mainly spent his time rewriting his earlier stories for the stage. In all he wrote 18 plays.W W Jacobs died on 1st September 1943 at Hornsey Lane, Islington in London. He was 79.