The Short Stories of Willa Cather 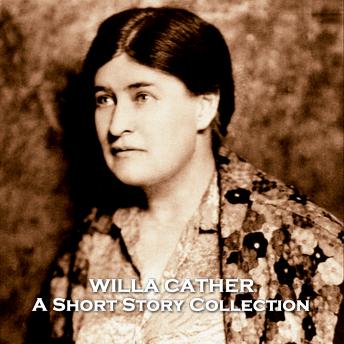 Willa Sibert Cather had Welsh ancestry but like her parents Charles and Mary, was born in Virginia, on 7th December 1873. Despite strong roots in the community, Willa was 9, when the family moved to Nebraska, to work the rich soil and avoid TB of which there were numerous outbreaks in Virginia. The vastness and drama of the Nebraska prairie and its' extreme weather conditions as well as the many diverse cultures of the local families proved to be a major influence on her and can be evidenced in much of her later writing. Her first writing was for the local journal when she was at the University of Nebraska and later became the managing editor of the student newspaper. In 1896 she obtained work for a woman's magazine in Pittsburgh and soon after became a regular contributor to the Pittsburgh Leader and wrote poetry and short stories for the Library, another local publication. Her first collection of short stories, 'The Troll Garden', was published in 1905 and contains several of her most famous including 'A Wagner Matinee' and 'Paul's Case.' As a writer Cather was now taking immense strides forward. Between 1913 and 1918 Cather wrote her Prairie Trilogy: 'O Pioneers!', 'The Song of the Lark', and 'My Ántonia' and in 1922 the Pulitizer Prize was hers for her novel 'One of Ours' set during WWI. Acknowledged as one of America's greatest writers' further honours flowed. In 1943 she was elected a Fellow of the American Academy of Arts and Sciences. The following year Cather received the gold medal for fiction from the National Institute of Arts and Letters. A determinedly private person, Cather destroyed many old drafts, personal papers, and letters. Her will would also restrict the ability of scholars to quote from personal papers that remained.On 24th April 1947, Willa Siebert Cather died of a cerebral haemorrhage at her Manhattan home. She was 73.