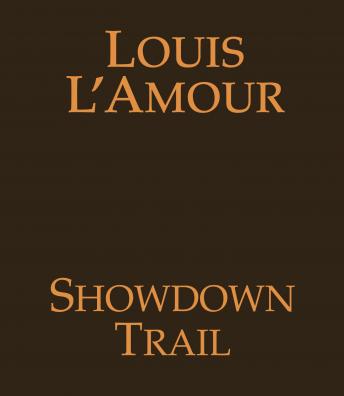 Rock Bannon is a man bred to the Colt and the rugged law of frontier survival. But to a group of naïve homesteaders, his reputation as a gunfighter marks him as an outcast among decent folk. So when a smooth-talking scoundrel comes to camp, no one is ready to listen to Bannon's warning. He alone knows that Mort Harper's route leads to certain massacre. Now it is up to Bannon to protect the greenhorn settlers--especially the beautiful Sharon Crockett--and convince them of the truth about Harper before it is too late. For even if the wagon train survives the hostile Indians and desert ahead, it is bound for Bishop's Valley and a vicious land war--a war that will force Bannon to oppose the innocent settlers.

Louis L'Amour introduces his fans to one of his favorite--and lesser known--characters from his vintage ''magazine novels.'' Now the story of Rock Bannon comes to life again in this exciting program.