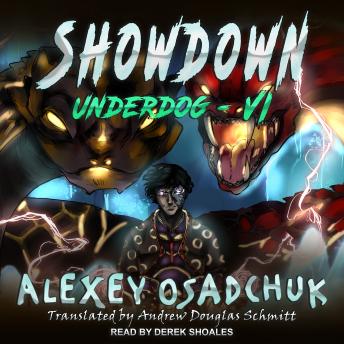 After sealing the otherworldly portal, Eric becomes a Magister of the order of monster hunters. From now on, as head of the once mighty organization, he gains power over all its riches.

But Eric is aware that he won't be able do it on his own. And reviving what is popularly referred to as 'the dead order' won't be enough. He also has to assert its right to exist because its ancient enemy is on the lookout!

Very soon the Steel King will realize that his plan to get back the Crown, a most powerful artifact and symbol of the royal dynasty's authority, has failed. Need it be said who will suffer all his wrath?

Eric realizes a great battle is coming, one like those described in the ancient chronicles. He also realizes that in the upcoming showdown he will need loyal and powerful helpers at his side. And thus, after defying Darkness, Eric's path takes him to the Undermountain Kingdom of the Gnomes. According to ancient legends and tales, that is where he will find Gramner the Fourarmed and convince the great blacksmith to perform the hatching ritual in the Forge of the True Flame.