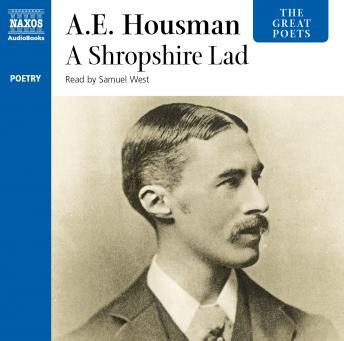 In A Shropshire Lad, A.E. Housman recreates a nostalgic world of lost love, lost youth, thwarted friendships, unfaithful girls, male bonding, untimely death and the uncertain glories of being a soldier. The poems deal with the exuberance of youth 'its aspirations and disappointments, its na've certainties and tragic mistakes. Though written in 1895, it struck a chord with the generation of young men who fought in World War I. It was said that every 'Tommy' had a copy in his knapsack. It has never been out of print.

This title is due for release on June 11, 2011
We'll send you an email as soon as it is available!