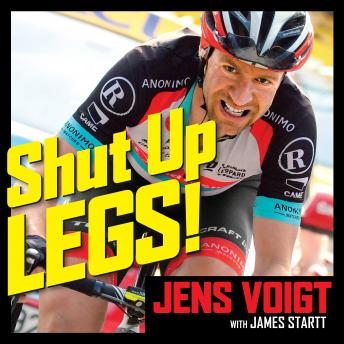 Shut Up, Legs!: My Wild Ride On and Off the Bike

Beloved German cyclist Jens Voigt isn't a superstar in the traditional sense of the word. Although he won three stages of the Tour De France-and wore the yellow jersey twice-Voigt never claimed an overall victory. He became a star because he embodies qualities that go beyond winning and losing: sacrifice, selflessness, reliability, and devotion. European and American crowds were drawn to his aggressive riding style, outgoing nature, and refreshing realness.

Voigt adopted a tireless work ethic that he carried throughout his career. In Shut Up, Legs! (a legendary Jensism), Voigt reflects upon his childhood in East Germany, juggling life as a professional cyclist and a father of six, and how he remained competitive without doping. Shut Up, Legs! offers a rare glimpse inside his heart and mind.

Shut Up, Legs!: My Wild Ride On and Off the Bike