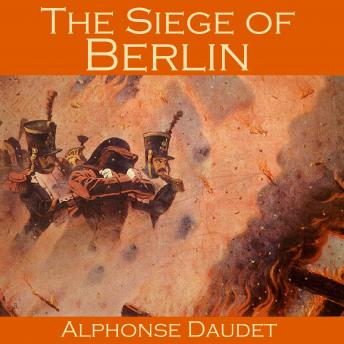 The Siege of Berlin

The year is 1870. The elderly Colonel Jouve has suffered a medical collapse and is confined to his bed. It is uncertain whether or not he will pull through.

His granddaughter takes over his care. Then one day, news reaches Paris of military successes in the war against Prussia. Colonel Jouve senses the optimism in the air and his health begins to improve. Almost immediately further news reaches Paris. The previous news was wrong - in fact the French are being beaten back. Colonel Jouve's son has been taken prisoner. The Prussians are marching on Paris.

Fearful that this news will prove the death-blow to Colonel Jouve, his granddaughter, with the complicity of the doctor, decides to create the illusion that the French are winning the war. But the Colonel demands constant details. Where are battles being fought? What route are the French regiments taking on their advance towards Berlin? News bulletins and letters must be faked in order to deceive the old invalid.

White bread and meat must be procured for him...for he must not guess that it is Paris itself that is besieged and not Berlin. But then finally the day arrives when the Prussians enter Paris and parade down the Champs Elyssées....