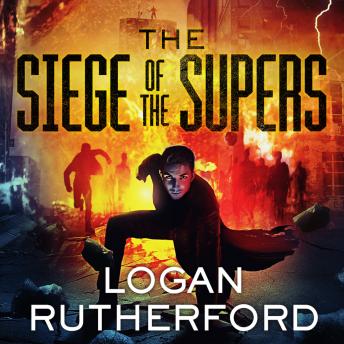 The Siege of the Supers

Kane Andrews, also known as the superhero Tempest, has returned from his absence to a world filled with Supers, and a government that won't be satisfied until all Supers are eradicated-hero and villain alike.

Kane and his group try their best to stop the evil Supers, but they're hopelessly outnumbered. And when the evil Supers put in motion a plan that spells disaster for any Super or human that's not on their side, Kane's not so sure that he and his people can stop them. Not only that, but with the government hunting them down, it looks as if Kane may be on the losing side of an oncoming war between the humans, heroes, and villains.

Siege of the Supers