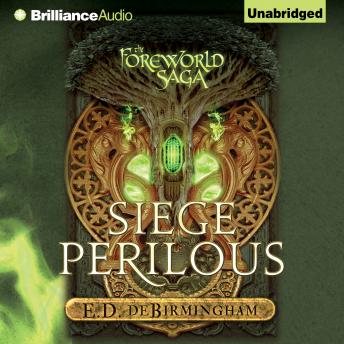 Ocyrhoe, a young, cunning fugitive from Rome, safeguards a chalice of subtle but great power. Finding herself in France, she allies with the persecuted, pacifist Cathar sect in their legendary mountaintop stronghold, Montségur. There she resists agents of the Roman Church and its Inquisition, fights off escalating, bloody besiegement by troops of the King of France, and shields the mysterious cup from the designs of many. Percival, the heroic Shield-Brethren knight from The Mongoliad, consumed by his mystical visions of the Holy Grail, is also drawn to Montségur - where the chalice holds the key to his destiny. Arrayed against Percival and Ocyrhoe are enemies both old and new who are determined to reveal the secrets of the Shield-Brethren with the hope of destroying the order once and for all. Alive with memorable characters, intense with action and intrigue, Siege Perilous conjures a medieval world where the forces of faith confront the forces of fear. Choices made by characters in The Mongoliad reach their ultimate conclusion in this fifth and concluding novel - and all of Christendom is at stake.

This title is due for release on January 28, 2014
We'll send you an email as soon as it is available!