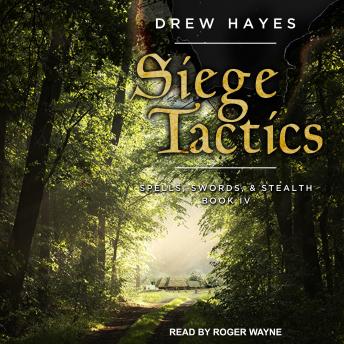 Putting the Grand Quest behind them, the party rides onward in search of answers. Between one member's unexpected new condition and the mysteries of the Bridge, their only hope appears to be gaining entrance to Lumal, said to hold the greatest collection of knowledge in all the kingdoms.

But when a curious path appears in a seemingly uninhabited forest, the party finds themselves in a place set apart from the kingdoms, and the world at large: a hidden hamlet, filled by unusual people, all of whom have long histories of their own.

Soon sealed inside the town by unseen forces, the former NPCs will have to uncover what brought them there-and who is keeping them trapped-while there's still time to fight back. Because something more is brewing, something involving the very gods themselves. With unknown enemies to the front and supposed allies at their rear, the party will need more than their usual tricks if they hope to see the outside world once more.