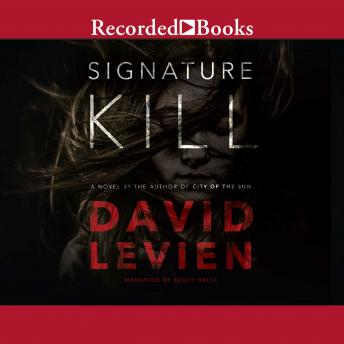 A stunning serial-killer novel from David Levien, featuring his acclaimed and indomitable investigator, Frank Behr . . . this is the bigger thriller we've been wanting for from Levien. A young woman's body is found on a side street in Indianapolis, horrifyingly arranged. Meanwhile, Frank Behr, who is down on his luck and virtually broke, takes on a no-win case to locate a single mother's wayward daughter who's been missing for months. Suddenly Behr feels the two cases may be connected, but he is years removed from his life as a legitimate police officer and has few friends left on the force. His relentless focus has always been his greatest strength . . . and his deepest flaw. As the death toll rises, it becomes clear Indianapolis has a serial killer in its midst . . . an invisible average Joe who passes beneath the radar but commits unspeakable acts. Frank Behr's pursuit will lead him to a dark place-and ultimately to a devastating decision from which he will not be able to turn back. Signature Kill is David Levien's most masterful novel yet-a book that will attract attention from a wider group of thriller fans.