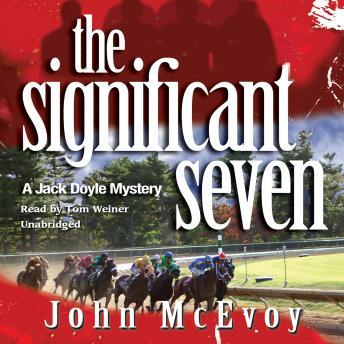 Seven lifelong friends and racing fans since their university days strike it lucky at Saratoga Race Course when they combine to win a million-dollar race. They use some of their profits to buy racehorses, one of which, The Badger Express, turns out to be a sensational runner, stallion, and moneymaker. Then years later, the men begin dying, one by one, targets of a professional assassin.
The always irreverent Jack Doyle returns to the racetrack, volunteering to aid FBI agents in a search for criminals fixing races and gets involved in the investigation of the murders of the Significant Seven, while also finding himself protecting Renee Rison, the favored daughter of the Significant Seven’s leader, Arnie Rison.