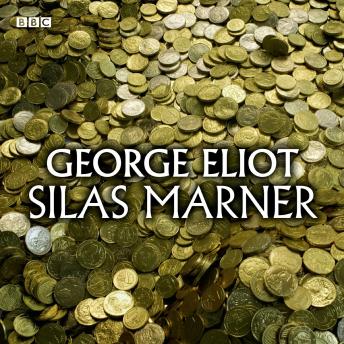 Outcast from the church, community, and close friends for a crime he did not commit, Silas Marner's trust and faith falls away. A broken, disillusioned man, he builds a new faith, that will never let him down: gold. He weaves his cloths, counts his money, baptises himself with the coins of his new religion. When tragedy strikes again and all his money is stolen he's bereft and grief stricken. Then on New Year's Eve a vision of gold flickers before the flames. Spilling locks are tumbling coins. For a moment Silas is reunited with his lovely sovereigns. And then he sees a little child When Eppie crosses his threshold, Silas's life changes. Their life together, from her childhood to womanhood, is his salvation. But all is threatened when her biological father makes a claim on her. A BBC Radio dramatisation starring George Costigan as Silas Marner and Rebecca Callard as Eppie. Dramatised by Richard Cameron and directed by Pauline Harris.