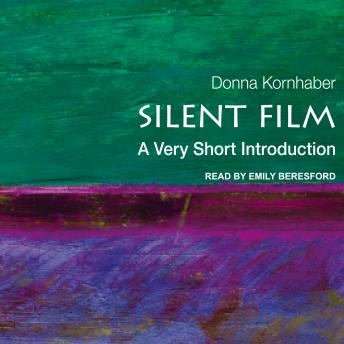 Encompassing the thirty-five year span between the initial development of film technology in the mid-1890s and the adoption of synchronized sound in the late 1920s, the cinema's silent era is both one of the most important epochs of film history and one of the most misunderstood within the popular imagination. In this brief, engaging account, these formative decades come vividly to life.

Covering the full scope of the silent era-from the invention of motion pictures to the rise of the Hollywood studios-and touching on films and filmmakers from every corner of the globe, Silent Film: A Very Short Introduction offers a window into film's first years as a worldwide entertainment phenomenon. From groundbreaking early shorts to the masterpieces of the cinema's classical era, from street-corner nickelodeons to grand movie palaces, from slapstick to the avant-garde, the silent era's artistic abundance and global variety are here put on full display. In the story of silent film, we see not just the origins of a new culture industry but also a legacy of imagination and innovation that continues to profoundly influence the cinema even to this day.