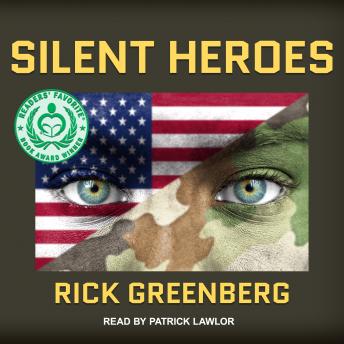 Rick Greenberg joined the Corps right out of high school because he always wanted to be a Marine. Little did he know what it would ultimately cost him to even approach earning such a title.

After boot camp, 'Greeny,' as he was later known by his Recon team buddies, attended radio communication school in San Diego, California.

As a radio operator, upon arrival in Vietnam, Greenberg was both surprised and troubled when he was arbitrarily assigned to the First Recon Battalion, generally considered to be an elite unit, and normally manned by volunteers. He soon learns he must adapt quickly, or risk going home in a body bag!

The battle scenes Greenberg masterfully draws in Silent Heroes are both realistic and gripping. They can easily send cold chills down the spines of combat veterans, and dispel any false notions or glorified myths held by non-combatants.