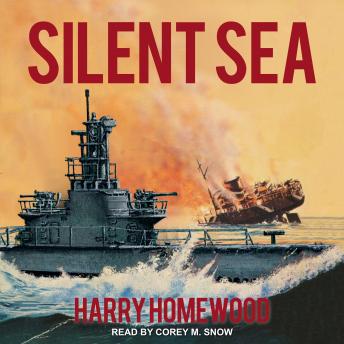 As they listened to the death throes of their sister ship Mako sinking in the Pacific where the waters were six miles deep, the crew of USS Eelfish suddenly came of age. They were a new breed: a brand-new fleet submarine crewed by draftees and reservists. Hidebound regular Navy officers believed they wouldn't fight. But fight they did with reckless abandon, proving themselves on two fronts-against the Japanese at sea, and against their own Admirals, who clung to outmoded concepts of how to wage war under the sea.

This true-to-life novel moves at breathtaking speed from the invasion of Guadalcanal through the battle of the Philippine Sea and to the coast of Japan. By the end of the war, submarines such as Eelfish had so tightened the noose of naval blockade around Japan that the enemy was finished as an industrial nation, unable to fight effectively.

But American submariners paid dearly for their victories. One out of every five men who went to sea in submarines in the Pacific died in combat, the highest percentage of any branch of the U.S. Armed Forces. This is a novel about their exploits, how they fought, how they loved and how they died, written by a man who was there.