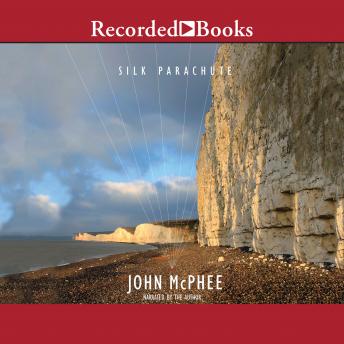 A WONDROUS BOOK OF MCPHEE'S PROSE PIECES-IN MANY ASPECTS HIS MOST PERSONAL IN FOUR DECADES The brief, brilliant essay 'Silk Parachute,' which first appeared in The New Yorker over a decade ago, has become John McPhee's most anthologized piece of writing. In the nine other pieces here- highly varied in length and theme-McPhee ranges with his characteristic humor and intensity through lacrosse, long-exposure view-camera photography, the weird foods he has sometimes been served in the course of his reportorial travels, a U.S. Open golf championship, and a season in Europe 'on the chalk' from the downs and sea cliffs of England to the Maas valley in the Netherlands and the champagne country of northern France. Some of the pieces are wholly personal. In luminous recollections of his early years, for example, he goes on outings with his mother, deliberately overturns canoes in a learning process at a summer camp, and germinates a future book while riding on a jump seat to away games as a basketball player. But each piece-on whatever theme-contains somewhere a personal aspect in which McPhee suggests why he was attracted to write about the subject, and each opens like a silk parachute, lofted skyward and suddenly blossoming with color and form. Author bio: John McPhee was born in Princeton, New Jersey, and was educated at Princeton University and Cambridge University. His writing career began at Time magazine and led to his long association with The New Yorker, where he has been a staff writer since 1965. The same year he published his first book, A Sense of Where You Are, with FSG, and soon followed with The Headmaster (1966), Oranges (1967), The Pine Barrens (1968), A Roomful of Hovings and Other Profiles (collection, 1969), The Crofter and the Laird (1969), Levels of the Game (1970), Encounters with the Archdruid (1972), The Deltoid Pumpkin Seed (1973), The Curve of Binding Energy (1974), Pieces of the Frame (collection, 1975), and The Survival of the Bark Canoe (1975). Both Encounters with the Archdruid and The Curve of Binding Energy were nominated for National Book Awards in the category of science.