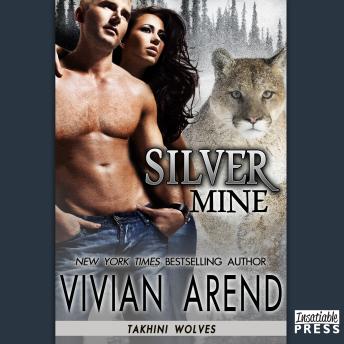 If a tree falls in the forest, duck... Takhini Wolves, Book 2. Life in isolation is the safest place for Chase Johnson, a crossbreed who doesn't know which form he'll assume next-cougar or wolf. Once a year, his unelected position as spokesman for the Yukon outcasts forces him to visit civilization. This time he runs across someone unexpected. She's not his mate, but she pushes all the right buttons. It's taken years for Shelley Bradley to gather the courage to return to her home pack. In spite of being the lowest of the low-a shifter who can't shift-she's determined to make a place for herself as the Whitehorse locals' new vet-slash-doctor. There's definite electricity between her and Chase, but sex with fellow shifters and the inherent mind games got old a long time ago. Ignoring him seems best. When he shows up at her office with a wound that won't heal, she's stuck-yet drawn to solve this medical mystery. As they journey deep into outcast territory in search of answers, their powerful sexual attraction crumbles her resistance. But time is of the essence. If a cure can't be found before his human and cougar succumb to his injury, he-and others like him-will die. Warning: Contains a silver-tongued, hairy-chested, lean-muscled Alpha who's got what it takes to lead in the wilderness and in the bedroom. Yeah, I know...not really much of a deterrent, is it? Throw in continuing territorial wars and a domestic cat. Stir and enjoy the chaos.