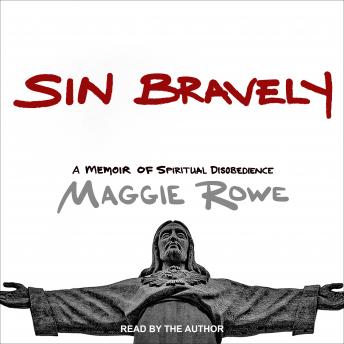 As a young girl, Maggie Rowe took the idea of salvation very seriously. Growing up in a moderately religious household, her fear of eternal damnation turned into a childhood terror that drove her to become an outrageously dedicated Born-again Christian-regularly slinging Bible verses in cutthroat scripture memorization competitions and assaulting strangers at shopping malls with the 'good news' that they were going to hell.

Told in a voice both funny and heartfelt, Sin Bravely is a tour de force, voice-driven debut that examines how one woman finally found the middle ground between Heaven and Hell.