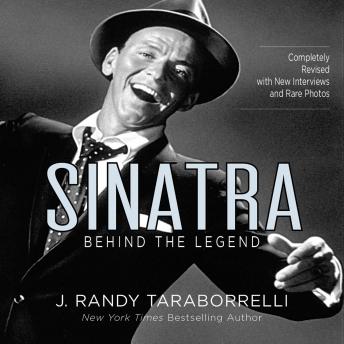 Sinatra: Behind the Legend

In 1997, Taraborrelli's bestselling Sinatra: Behind the Legend captivated audiences with a never-before seen look at the life of an icon through six years of research and over 425 interviews with associates, friends and lovers. Now, Taraborrelli is back with a completely new and updated lens. Fans of Sinatra--old and new--will be able to delve into the private life and controversy of a musician whose career spans decades. From show business, struggles with depression, his many romances and attaining the American dream, Sinatra's story delivers a captivating and humanizing portrait of the legend for a new age.

Taraborrelli is known for capturing and penning the untold stories of icons such as the Hiltons, Michael Jackson, Marilyn Monroe, Diana Ross and the Kennedys. He has written a page-turning biography of an extremely talented, sometimes troubled, always fascinating man: the one and only Frank Sinatra.

Sinatra: Behind the Legend