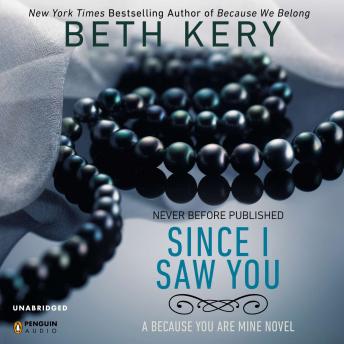 Since I Saw You: A Because You Are Mine Novel

In the “exceptionally hot” (USA Today) Because You Are Mine, Beth Kery redefined what’s possible, what’s desirable, and what’s forbidden between a man and a woman. It’s time to go further...

When enigmatic billionaire Ian Noble sets Lin the task of “taming” his brilliant yet half-savage brother Kam Reardon, she eagerly accepts. She’s more than curious about the solitary genius and everything she’s heard about him. During their electric first meeting, her fascination increases a hundredfold. Kam practically oozes raw sex appeal. Lin is interested...very interested. But does her intense attraction and willingness to go places with him she’s never gone before in the bedroom really have to do with Kam? Or is her carefully hidden desire to blame for wanting a man she knows she can never have?

Since I Saw You: A Because You Are Mine Novel