Sing Down the Stars 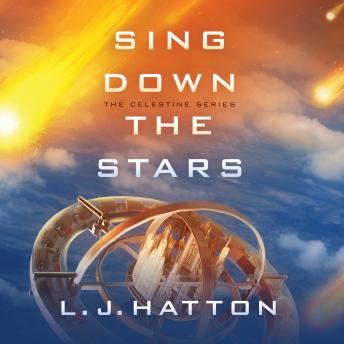 When they arrived, they spread across the sky like a sea of jellyfish-silent, unknown, alien. When they left, a year later, it seemed as if nothing had changed. But soon, certain girls were born with peculiar abilities-inhuman abilities. An international commission was formed to investigate...and fear began to spread. Families were swept from their homes and, one by one, any girl that was different disappeared.

Penn Roma's four sisters were born with these dreaded powers: they control the elements of fire, water, earth, and wind.

Penn is the unimaginable fifth child, one with the power to call down the stars.

Her father has hidden his daughters' powers for sixteen years. Then, one explosive night, Penn loses everything: her sisters are taken, her family destroyed. Now, Penn must do the unthinkable and use the power she's spent a lifetime suppressing. To save her family and herself, she must travel to the very heart of her world's darkness and discover the truth about her terrifying gift.

Sing Down the Stars