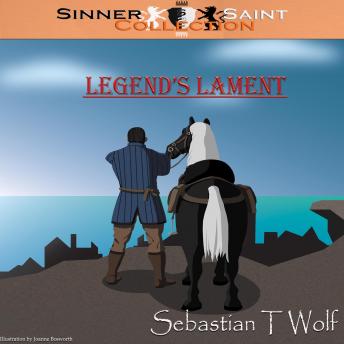 Enter the world of Lahnri for a collection of stories that follow the lives and tribulations of both heroes and villains alike. Follow their fate to learn whether they shall rise or fall. Which way will fate’s wheel turn?

Our first story begins with Valrogue Devellyr; a soldier, a general, a living legend.

Valrogue had not set out to be a legend, joining the military had been an act of rebellion against a father’s aspirations for his son. How could he have known that this single act would garner fate’s grace and curse?

The people honoured him for his deeds in war, bards and poets lauded his name and history would remember him as a hero. Valrogue had never considered himself a hero nor s legend, he simply had the good fortune of surviving.

Retiring from the military life, Valrogue was determined to spend his days doting on the family that he had left behind for duty and honour, for King and Country.

For a time, he had enjoyed the quiet life.

Fate it seemed was not finished with him.

Vallese’s young King seeks out the retired legend to beg him to return for one final assignment; become the High Commander of the failing King’s Watch. Reluctantly Valrogue relents to his king’s request to take up the mantle of leadership that seems to be both his boon and curse.

A quiet night, a tranquil dawn, blood soaks into the cobblestone streets and the aroma of death fills the air. Sixty men lay slain in the streets of Darmyth. Sixty Men of the Watch have been ambushed and brutally massacred. The investigation into this dark deed will lead Valrogue into a shadowy world of lies, where the only currency is deceit.

Will he come to regret his choice… or will he once more be asked to save his kingdom?