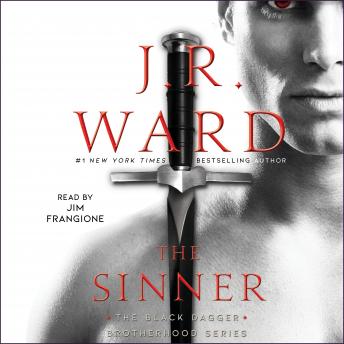 #18 of The Black Dagger Brotherhood series

Fate anointed Butch O’Neal as the Dhestroyer, the fulfiller of the prophecy that foresees the end of the Omega. As the war with the Lessening Society comes to a head, Butch gets an unexpected ally in Syn. But can he trust the male—or is the warrior with the bad past a deadly complication?

With time running out, Jo gets swept up in the fighting and must join with Syn and the Brotherhood against ultimate evil. In the end, will love true prevail...or was the prophecy wrong all along?

Only complaint is that she has changed her way of writing so as to make each book stand alone and doing it that way, to me, creates a barrier that does not allow me to completely delve into the bdb world like I used to. More like dipping ones toes in the pool rather than being totally submerged.

yet another wonderful read. I love this series!!!

Love Jim Frangione, love the BDB series; this one hits all the marks!!

Love this series! Can’t wait for the next book!

I'm sure this is a good book for many just wasn't my cup of tea--bit more graphic than my liking but very well written for someone who prefers that.

The black dagger series is my absolute favorite book. I have read and listened to everyone and can not get enough. I hope there is another book coming after sinner!!

Just listened to the sample and will listen to more later.