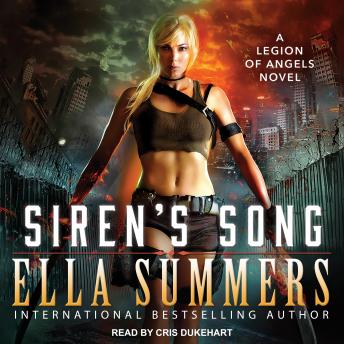 Leda Pierce's latest mission brings her back to her hometown at the edge of the Frontier. But things have taken a turn for the worse in the six months since she left home to join the Legion of Angels in New York City. Crime lords now rule over the town, and the beasts' numbers are exploding just beyond the great magic wall that separates humanity from the plains of monsters.

Together with the fiercely seductive angel Nero, Leda guides a group of pilgrims across the monster-infested expanse to the ruins of the final battle between gods and demons. What begins as a pilgrimage, however, soon turns into a treasure hunt for an ancient weapon that could tip the balance of power between heaven and hell-and spirals into an intrigue that pits Leda and Nero against a rogue member of the Legion, a legendary angel as powerful as he is black-hearted.