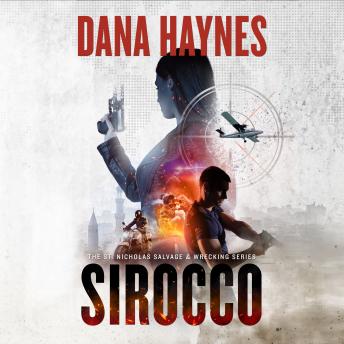 A serial bomber is wreaking havoc throughout Europe. Former New York City cop Michael Finnigan and former Spanish assassin Katalin Fiero—the brains behind St. Nicholas Salvage & Wrecking, a covert bounty-hunting operation based in Cyprus—may be the only ones who can stop the carnage. The partners have a reputation for tracking down the worst of the worst in international crime, all while staying firmly under the radar. But as they draw ever closer to the bombers, and as the terrorism sweeps up Katalin’s own family, Finnigan and Fiero have to decide if they can continue to operate in the shadows.

As the partners learn who they can—and can’t—trust, they come face-to-face with shocking secrets at the highest echelons of the world’s intelligence communities. Nonstop action and whip-smart dialogue power this compelling thriller to its final, heart-stopping conclusion.