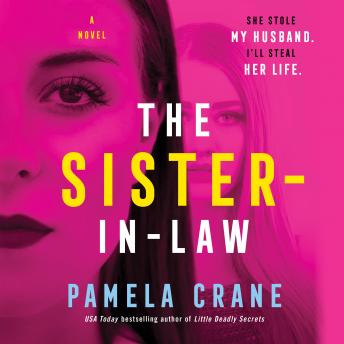 The Sister-in-Law: A Novel

From the USA Today bestselling author of Little Deadly Secrets comes a gripping story about the frailty of family and a battle of wills between a wife and a sister-in-law, bent on revenge.

She stole my husband. So I’d steal her life.

Lane won Candace’s heart over chocolate martinis and karaoke. But weeks into their whirlwind marriage, Candace realized Lane came with burdensome baggage in the form of his possessive live-in sister and her eerily watchful six-year-old son. Lane had a secret that seemed to hold him hostage, and Candace would do anything to uncover it.

Harper was the kind of woman who cooked homemade meals and dusted under the furniture. It was the least she could do for her brother after her husband’s mysterious death, and Lane took her and her kids in. Then Candace showed up like a tornado passing through, threatening and destructive. But Harper had other plans for her new “sister,” plans Lane could never find out about.

All Lane had ever wanted was a white-picket-fence life. The wife. The two-point-five kids. The happy little family. Everything seemed to be falling into place with Candace … until Harper’s jealous streak got in the way, again. But choosing between his sister and wife would be costly … and knowing Harper, the price would be blood.