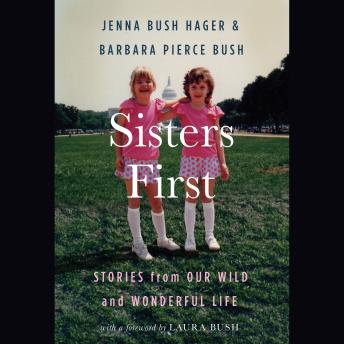 Sisters First: Stories from Our Wild and Wonderful Life

The former first daughters share intimate stories and reflections from the Texas countryside to the storied halls of the White House and beyond.

Born into a political dynasty, Jenna and Barbara Bush grew up in the public eye. As small children, they watched their grandfather become president; just twelve years later they stood by their father's side when he took the same oath. They spent their college years watched over by Secret Service agents and became fodder for the tabloids, with teenage mistakes making national headlines.

But the tabloids didn't tell the whole story. In Sisters First, Jenna and Barbara take readers on a revealing, thoughtful, and deeply personal tour behind the scenes of their lives, as they share stories about their family, their unexpected adventures, their loves and losses, and the sisterly bond that means everything to them.

Sisters First: Stories from Our Wild and Wonderful Life