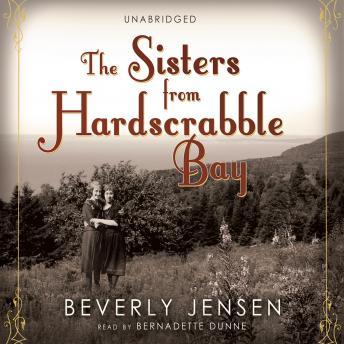 The Sisters from Hardscrabble Bay

This is a tale of two sisters over seventy years that recovers the vibrant and unforgettable voice of Beverly Jensen, whom Richard Russo, Pulitzer Prize-winning American novelist, said has "rewritten the literary history of Maine."
In 1916, Idella and Avis Hillock live on the edge of a chilly bluff in New Brunswick, Canada; a hardscrabble world of potato farms, rough men, hard work, and baffling beauty. From "Gone," the heartbreaking account of the crisis that changed their lives forever, to the darkly comic "Wake," which follows the grown siblings' catastrophic efforts to escort the body of their father "Wild Bill" Hillock to his funeral, these stories of Idella and Avis offer a compelling and wry vision of two remarkable women. The vivid characters include Idella's philandering husband, her bewilderingly difficult mother-in-law, and Avis, whose serial romantic disasters never quell her irrepressible spirit. Jensen's work evokes a time gone by and reads like an instant American classic.