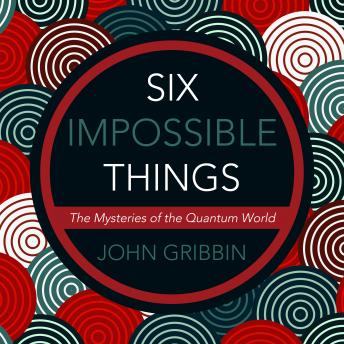 Six Impossible Things: The Mystery of the Quantum World

Rules of the quantum world seem to say that a cat can be both alive and dead at the same time and a particle can be in two places at once. And that particle is also a wave; everything in the quantum world can described in terms of waves-or entirely in terms of particles. These interpretations were all established by the end of the 1920s, by Erwin Schrödinger, Werner Heisenberg, Paul Dirac, and others. But no one has yet come up with a common sense explanation of what is going on. In this concise and engaging book, astrophysicist John Gribbin offers an overview of six of the leading interpretations of quantum mechanics.

Six Impossible Things: The Mystery of the Quantum World