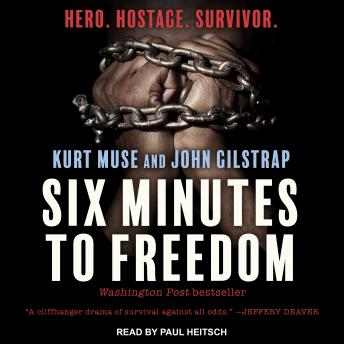 My name is Kimberly Anne Muse. I am writing this letter not for me but for my father, Kurt Frederick Muse. As you should know by now, he is a political prisoner in Panama . . .

Born in the United States and raised in Panama, Kurt Muse grew up with a deep love for his adopted country. But the crushing regime of General Manuel Noriega in the late 1980s threatened his, and a nation's, freedom. A nightmare of murder and unexplained disappearances compelled Kurt and a few trusted friends to begin a clandestine radio campaign, urging the people of Panama to rise up for their basic human rights.

Six Minutes to Freedom is the remarkable tale of Kurt Muse's arrest and harrowing months of imprisonment; his eyewitness accounts of torture; and the plight of his family as they fled for their lives. It is also the heart-pounding account of the only American civilian ever rescued by the elite Delta Force. Timelier than ever, this is a thrilling and highly personal narrative about one man's courage and dedication to his beliefs.