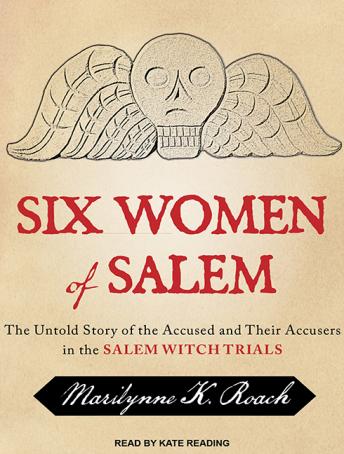 Six Women of Salem: The Untold Story of the Accused and Their Accusers in the Salem Witch Trials

Six Women of Salem is the first work to use the lives of a select number of representative women as a microcosm to illuminate the larger crisis of the Salem witch trials. By the end of the trials, beyond the twenty who were executed and the five who perished in prison, two hundred and seven individuals had been accused, seventy four had been 'afflicted,' thirty two had officially accused their fellow neighbors, and two hundred and fifty five ordinary people had been inexorably drawn into that ruinous and murderous vortex, and this doesn't include the religious, judicial, and governmental leaders. All this adds up to what the Rev. Cotton Mather called 'a desolation of names.'

The individuals involved are too often reduced to stock characters and stereotypes when accuracy is sacrificed to indignation. And although the flood of names and detail in the history of an extraordinary event like the Salem witch trials can swamp the individual lives involved, individuals still deserve to be remembered, and, in remembering specific lives, modern audiences can benefit from such historical intimacy. By examining the lives of six specific women, Marilynne Roach shows listeners what it was like to be present throughout this horrific time and how it was impossible to live through it unchanged.

Six Women of Salem: The Untold Story of the Accused and Their Accusers in the Salem Witch Trials

This title is due for release on March 17, 2014
We'll send you an email as soon as it is available!